With the 2019 PRSA International Conference just around the corner, I have been thinking about all the Conferences (#PRSAICON) I’ve had the pleasure of attending over the past 15+ years. At the same time, universities are now back in full-swing and PRSSA chapters are busy re-grouping, recruiting, fundraising and gearing up for their own International Conference (#PRSSAIC).
*Side note: As professional adviser to the PRSSA chapter at Southeast Missouri State University, I was the guest speaker at their first professional development event of the new school year, where I talked about how to leverage social media for personal branding and networking—and, of course, how important being an active member of PRSSA can help their future careers. (wink, wink)

All of this took me on a trip down memory lane—revisiting old photos, blog posts, and old handwritten notes. For the record, I wasn’t taking the ‘trip’ just for reminiscing’s sake (although it was definitely an enjoyable diversion!). I was trying to remember lessons learned that I could share with public relations and communications students.

Without a doubt, I can recall a handful of keynotes and quite a few breakout sessions stand out. However, I had to really force myself to concentrate and think about them.

What really jumped out in my memories were all the people I’ve met and the numerous new relationships that were formed, as well as old connections that were reinforced and strengthened over the years.

After the 2012 PRSAICON in San Francisco, I wrote that I “met nearly 20 people in real life that I previously had only known through social media.  As well as re-connected with a number of industry leaders that I only get to see that one time of year at Conference.” And from a business standpoint, it allows us (Burrelles) to solicit feedback on our services related to the PR pros’ business—to ensure we are offering what they need.

If I had to guess, that number (of IRL meetings from social media connections) has since quintupled. But it’s really not about numbers—quantity.  It’s about the quality.

You’ve heard the old adage, “It’s not what you, but who you know”? I’ve also heard “it’s not about who you know, it’s about who knows you”. I wouldn’t completely disagree with either of those, but I tend to be more agreeable with Dr. Ivan Misner, the founder BNI (and referred to as the “Father of Modern Networking” by CNN) who has a different take. Dr. Misner stated,

“It is not what you know or who you know but how well you know each other that counts.”

In an Entrepreneur op-ed, he went further saying, “It doesn’t really matter if I have an amazing database of people with many phone numbers. What really matters is how many of them will take my call if I pick up the phone and ask for a favor.”

When it comes to connecting on LinkedIn, a Harvard Business Review contributor (Alexandra Samuel), said the more people we connect with on LinkedIn, the less valuable it becomes. I’m not sure I completely agree but I understand and appreciate the viewpoint.

Keep in mind that article was written a few years ago and the trend since then has been to connect and connect some more. I’m now re-thinking that position and am considering a purge of sorts.

The bottom line is that the networking opportunities are there—IRL and in social media—even better, both!

But it takes effort. It doesn’t just happen. You should have a goal in mind and come prepared.

For example, prior to the conference, I will review the attendee roster for potential new connections (as well as old ones that will be there) and connect with others I know in the official event app on my phone. This makes it a bit easier to reach out and try to pre-arrange a brief meet-up. Or, to simply remind me to “be on the lookout” for that person.

In addition, I’ll send out a few tweets (and monitor Twitter, Instagram and LinkedIn) for others attending the conference to connect with. I try to balance strengthening some relationships, while ensuring I make new connections as well.

.*This post by Tressa Robbins originally appeared on October 16, 2019, on the Burrelles Fresh Ideas blog at https://burrelles.com/pr-industry-conferences-networking-connecting/ and is cross-posted here with permission. 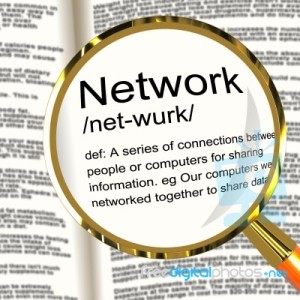 As the annual PRSA International and PRSSA National conferences approach, I’ve been getting a lot of questions (primarily from students) about how and what to do to network. I’ll be presenting/speaking about this at Southeast Missouri State University’s PRSSA chapter meeting tomorrow and wanted to share a round-up of articles I’ve found insightful over the years. Some of these are a few years old so you please ignore any geographic or time-specific references–the content itself provides valuable tips.

Recommended reading, in no particular order:

The most successful public relations campaigns are cohesive, tackling traditional PR and digital and social marketing and advertising to reach targeted audience. At a session at this year’s PRSA International Conference, three relatively new pros spoke about being the hybrid PR professional and spreading campaigns across multiple platforms.

Lauren Gray, Jonathan “JR” Rochester and Jess Noonan—all former national PRSSA officers, now members of the New Professionals PRSA section, discussed how today’s PR pro must be a hybrid and understand not only the the strengths and weaknesses of each platform, but when it’s appropriate to use which one. They talked about how the new PR pro’s skills must go beyond traditional PR and media relations to address the demand for integrated campaigns. NOTE: See my last post on the Clorox campaign as a great example of an integrated campaign.

PR, by definition, has changed in the past 30 years, as have the skills required to do the job. This “dream team” of young professionals talked about flexibility and handling change (seemingly effortlessly) as being critical characteristics of the new PR professional. They quoted Deirdre Breakenridge, an experienced public relations professional and author of several books on the intersection of technology and public relations, who said, “Public Relations is becoming more integrated with marketing and advertising. It’s important to embrace new technology to do justice to the brand. All areas should be working together.”

To further prove the point, they showed a recent job description (see image below)—pointing out that it’s not just writing press releases and pitching stories to the media, but the qualified job candidate will also need to have a basic understanding of business strategy, be able to perform thorough research and create proposals, have strong writing skills for content creation, ethical common sense, social media acumen, as well as being able to track key metrics and provide measurement tie-backs to KPIs.

It seemed to me that the one constant is that things are constantly changing in this industry, and we are its perpetual students.

This post by Tressa Robbins originally appeared on October 29, 2014, on the BurrellesLuce Fresh Ideas blog at http://www.burrellesluce.com/freshideas/2014/10/being-the-hybrid-pr-professional and is cross-posted here with permission. 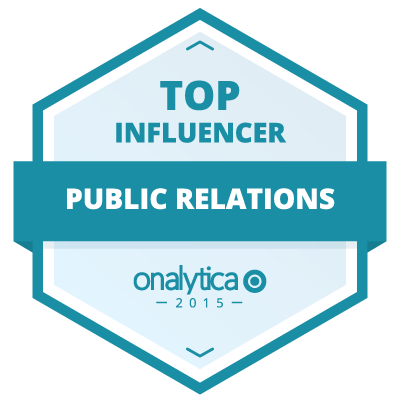 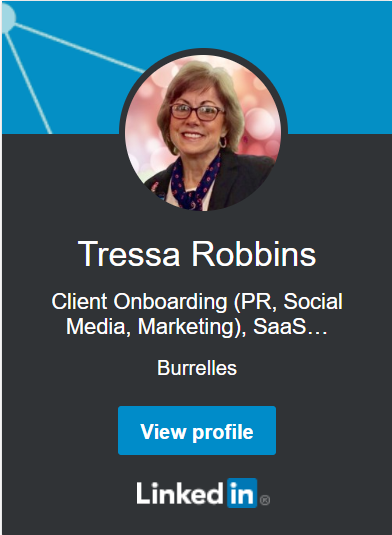